An Essential Glimpse of a Masterpiece 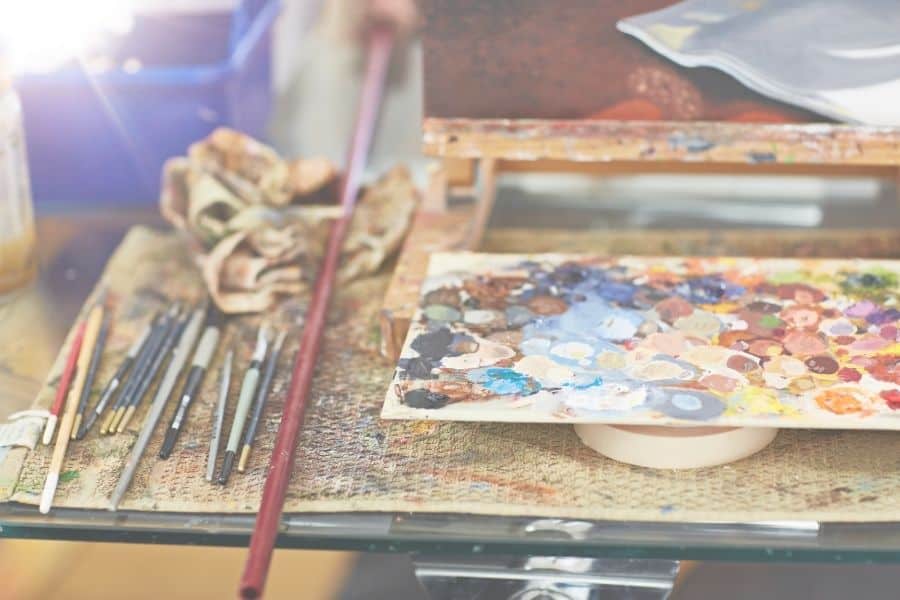 My first attempt at reading through the Bible came in my early twenties, as a new mom and young wife and self-proclaimed atheist. My goal was to disprove the Bible so as to get out of having to attend church with my husband, who had been raised in it and felt that other than football there was no other alternative for a Sunday.

By the time I closed the last page of Genesis, the Lord had captured my heart. My eyes had been opened through those dysfunctional and relatable people of antiquity. I realized I was a sinner and God, in His incredible grace, had sent His Son for that reason. I surrendered to Jesus as my Savior and began my life-long pursuit of knowing Him through His Word.

I didn’t finish a year long Bible read through until over a decade later.

I had taught Bible study, spent countless hours poring over Scripture and digging deep into it over that decade or so. But the overview in a year? Not exactly.

It felt daunting and overwhelming and possibly biting off more than I could chew, even if it was only requiring 15 minutes a day.

But as I read “Come, Lord Jesus!” in those last verses of Revelation in late December, I was pumped!! It was as if for the first time I had stepped back from the masterpiece enough to catch a glimpse of the big, beautiful picture of God’s redemptive plan. It was stunning!

I couldn’t have done it without the online group I had found and the chronological plan they offered and cheered me on to complete.

Several years later, armed with a buddy and a plan, I walked through God’s Word again in a year’s time. By the time we had spent months yearning for the Savior in the Old Testament, we nearly came unglued as we heard a Baby cry through the opening pages of Matthew. It was a glorious reward!

As 2020 winds down, after all it’s hardships, confusions, fears and trials, there is a fresh need for a glimpse at that stunning masterpiece plan of God.

Do you feel it too?

A chance to step back, see from His perspective, how this all really does work out? This all really is well planned; don’t we need that reminder?

Drop your email below to get Tools for Tending your Soul in your inbox today and start cultivating a deeper intimacy with Jesus through His Word for yourself.

4 thoughts on “An Essential Glimpse of a Masterpiece”