From Atheist to Daughter 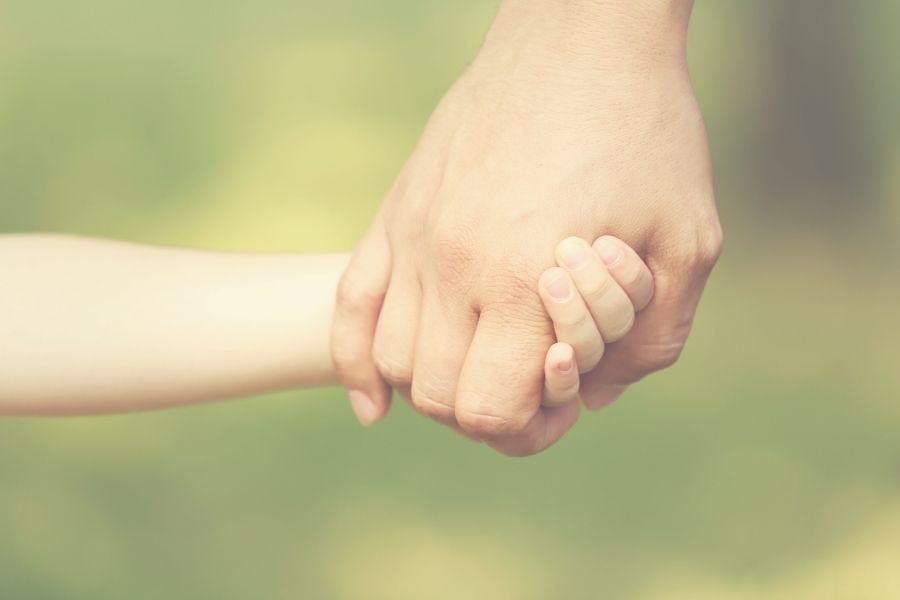 I don’t know the first time I declared myself an atheist. By the time I entered marriage in my early twenties, I was certain it was the best way to define my spiritual stance. Having grown up in a home torn by multiple divorces and instability on every level, I learned early on that I need to look out for myself.

As a young wife working through my pregnancy, a dear co-worker put a Bible in my hands. Knowing my insecurities and fears of pending motherhood, she suggested I read it. I laughed nervously and accepted the gift. I set it aside for months but one night as that newborn baby lay sleeping in his crib nearby and my unsuspecting husband took in the nightly news, I sat cross-legged on the bed and wondered about this hardcovered book.

I opened it figuring I could read it and then have the ammo I needed to tell my husband why going to church is wrong and pointless. I had never seen him crack open a Bible but I figured it was driving his desire for the weekly church attendance.

I flipped to page one. Genesis. I began to read words I had never read before. That’s ridiculous was my first thought. It sounded like a fairy tale, beautiful, flowery. I kept reading.

The words began to soak into my hardened soul. I was increasingly drawn into the pages now. I couldn’t put it down. Rummaging through the desk, I grabbed a spiral notebook and pen, family dynamics were getting complicated in this story and I wanted to keep it clear in my head.

Jacob, Rachel, Issac, who were these people? They certainly had issues! And boy, could I relate!!

These people were so relatable, so dysfunctional, so seemingly real.

“So Joseph died, being 110 years old. They embalmed him, and he was put in a coffin in Egypt” (Genesis 50:26). I felt a lump in my throat. How had I gotten so attached to this son of Israel? He had been through so much.

The thought occurred to me as if from outside of me, “Do you believe this to be true?”

Fear tried to grip me as the realization of truth came over me.

Was I willing to be brave enough to take the leap of faith and believe?

I dialed my friend, the owner of the Bible. “This is true.”

I’m still not sure if I asked or stated that, but it was my immediate response when she answered the phone. She shared how I am a sinner, not a hard sell for my 23-year-old self. She shared how Jesus came, lived, died, and rose again to offer me eternal salvation, if I would surrender to Him. I couldn’t say yes fast enough!

If He was the ribbon throughout the book of Genesis, He was the Word made flesh and given as the sacrifice for me. I was compelled to surrender.

My desire to press deeper into the book I now held close to my chest was overwhelming. I wanted to know Him better – this Jesus, this God. I needed to know more. The next Sunday I found myself, slipping on a dress and wrapping up my baby. Meanwhile, my husband stared in wonder at what had captured his atheist wife in a such a way.

The weeks that followed found us in our living room one evening with a pastor and a church elder. They explained to my church-raised husband that church attendance didn’t save him. What his wife had found was not religion but a relationship with Jesus. That day he surrendered his life to the Savior.

When my young husband and I surrendered to Jesus the initial step felt brave… until it didn’t. Pride had to die and the need for Jesus was acknowledged. In stepping blindly into faith, we were caught by the gracious hand of God. We had come from different angles; yet we were both coming from the lost darkness of self-pride.

Dying to self didn’t come easy for either of us, that was evident as we stumbled through those early years. We talked often about what God was teaching us, but it would be years before we found trust enough to pray together and openly seek God together. It took time for us to learn to yield to the Holy Spirit’s conviction when we offended one another. Learning to live as brother and sister in Christ provided yet another marital navigation that we had not anticipated. One brave step for two lost souls, pivoted forever.

Life has not been easy since that season. God never promises ease of life when we surrender to Him for salvation. The baggage that led me to atheism didn’t get unloaded in an instant. God is still using that baggage to draw me near to Him through His Word today. The bravery needed to lay down my self-pride and surrender my life to Him, proved to be enough.

He took it from there and now He daily compels me to return to the Word before the world, before the phone, the emails, and the lies around me. Now I receive the Truth that continually tends my soul and brings forth fruit for His glory from this once determined atheist.

Need a simple tool to dig into the Word for yourself? Drop your email below and get Tools for Tending your Soul, a simple guide to cultivating time with Jesus.